In about 1991 when I was on the faculty of the University of Texas Health Science Center in Houston, the Memorial Hermann Wound Center at the Texas Medical Center was only about a year old. I was happily clueless about most aspects of reimbursement, like most full-time academic physicians. A librarian-looking lady was ushered into my office one day, and she explained that there was a problem with my dictation (we dictated all visit notes back in 1991- electronic health records did not exist). She was a hospital coder – and she first had to tell me what a coder WAS. Then she said the problem with my dictation was that I could not use “that word.” “What word are you talking about?” I asked. She patiently explained that when I was dictating a note about a diabetic foot ulcer, I could not later in the document refer to it as a “wound.” At that point I asked, “What am I going to do about the new stationary I ordered calling this a ‘wound center’?”

It’s embarrassing to say that I’d been running a “wound center” for a year before anyone explained that “wounds” are (for the most part), relatively acute problems caused by accidents and surgical procedures, whereas “ulcers” are (for the most part) due to underlying medical conditions. These concepts live in completely different sections of the code book.

There being no English term that encapsulates both the wound and the ulcer concept, for the moment, I will call them “boo-boos.” While Shakespeare may be correct that, “a rose by any other name” would still be a rose, it is NOT true that we can call a boo-boo whatever we want to call it, since there are very specific reimbursement implications for wounds vs. ulcers.

The problem is that one of the biggest boo-boo categories is best described as a “wulcer.” For example, a patient who hit her leg on the coffee table six months ago and still has an open wound now has a chronic ulcer. We have never gotten very clear guidance from the payers about how to handle this, but since someone asked me about it recently, I recommend this excellent article by Donna Cartwright, published in Todays’ Wound Clinic in 2019, “Wound vs. Ulcer: Selecting the Correct Diagnosis Code.”

It’s actually a dangerous business for the coding folks to be making these coding decisions, particularly when it comes to “wulcers,” and given the fact that it’s nearly impossible not to refer to a boo-boo as a “wound” (in the generic sense) at some point in the clinical document. Many hospital EHRs even label the section for documenting boo-boos as “Wound documentation.” In 1991, I got called to the principal’s office for doing that. It’s better for the physician to understand the “rules” (such as they are) and have an EHR that helps them find the best code. Terminology hasn’t changed since 1991, but technology definitely has.

Wound Repair CPT® Codes
Watch Session 4 of the Intellicure Webinar Series: Keeping Your Payments — After An Audit — Is In Yo...
What Exactly is a Separately Identifiable Evaluation & Management? 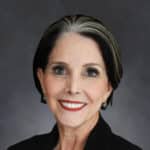 It is important to know if the patient is in the hospital under “observation” status or “inpatient” status because this affects CPT® code selection.

The 2023 Medicare Physician Fee Schedule Proposed Rule is Out

Sweeping changes are proposed for cellular and/or tissue-based products (CTPs) when applied in the physician’s office.

RAC Provider Audits and Why You Need to Worry

If you want to know what topics the Centers for...